Project Will Include Fabrication of Turbine Foundations at Capital Region Ports 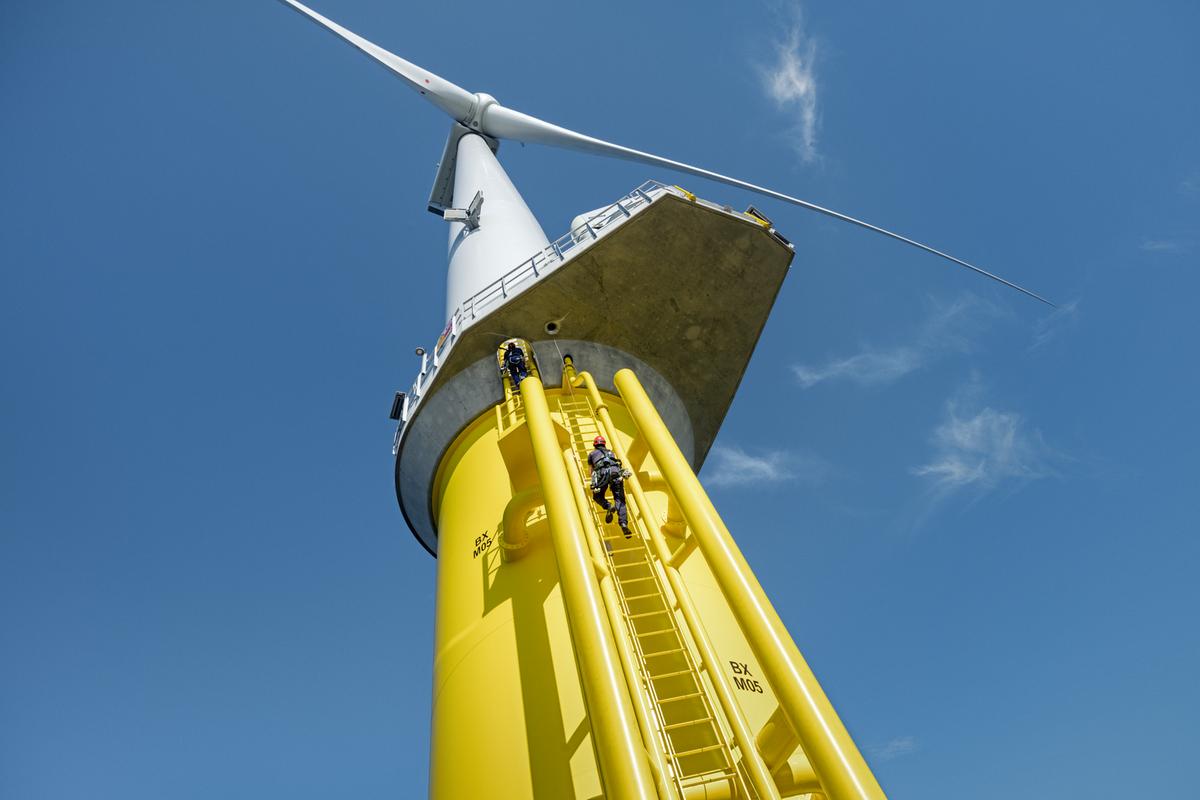 The announcement also included a plan for the Sunrise Wind project to fabricate key components for the foundations of its offshore wind turbines at facilities in the Capital Region using New York-based union labor and paying a prevailing wage.

“This investment is just one more piece of our ongoing work to make sure that the arrival of offshore wind brings opportunity all across New York State,” said Thomas Brostrøm, President of Ørsted North America and CEO of Ørsted U.S. Offshore Wind. “The state has made a major commitment to supporting the growth of our industry, and we want to help New York foster a next-generation workforce, from Long Island to the Capital Region, that is prepared to help us achieve our shared vision of a world run entirely on green energy.”

“This announcement is about making it clear that our bid will not only bring hundreds of megawatts of clean power to New York, but will help the state become a national leader in the industry,” said Pat Smith, Vice President of Transmission Business Development at Eversource. “These investments will create a stronger workforce and put people to work across New York, generating economic opportunities well beyond our proposed offshore site.”

The Sunrise Wind-administered grants include $10 million to establish a NY Ports Infrastructure Development Fund, which will invest the money in port facilities around the state to ensure that ports are capable of serving as staging areas for the manufacture, construction and transport of major windfarm components. An additional $1 million will fund an Upstate New York Workforce Development Fund to promote ongoing offshore wind job creation in upstate cities and ports.

These investments are in addition to Sunrise Wind’s earlier commitment of $10 million to launch a first-of-its-kind National Workforce Training Center for Offshore Wind, in partnership with Suffolk County Community College, which will create a pipeline for New York students and union workers to be trained with a next-generation curriculum that will prepare them to fill jobs in the growing offshore wind and green energy industries.

Sunrise Wind also recently announced that it plans to construct an operations and maintenance “hub” in Port Jefferson, creating up to 100 full-time jobs and cementing Long Island as an early leader in American offshore wind.

About Sunrise Wind
Sunrise Wind is a proposed New York State offshore wind project, to be located over 30 miles east of Long Island’s Montauk Point, currently under review by the New York State Energy Research and Development Authority (NYSERDA). Carefully planned to help achieve Governor Andrew M. Cuomo’s nation-leading offshore wind and renewable energy goals, and to do so with the highest possible levels of public support, the Sunrise Wind project will be virtually unnoticeable to Long Island residents and beach goers, and have the ability to power more than half a million homes.

About Ørsted
The Ørsted vision is a world that runs entirely on green energy. Ørsted develops, constructs and operates offshore and onshore wind farms, bioenergy plants and innovative waste-to-energy solutions and provides smart energy products to its customers. Headquartered in Denmark, Ørsted employs 6,080 people. Ørsted’s shares are listed on Nasdaq Copenhagen (Orsted). In 2018, the group’s revenue was DKK 76.9 billion (EUR 10.7 billion). For more information on Ørsted, visit orsted.com or follow us on Facebook, LinkedIn, Instagram and Twitter.

Ørsted U.S. Offshore Wind delivers clean, renewable energy along the US Eastern Seaboard. The company operates Block Island Wind Farm, America’s first offshore wind farm, and has a comprehensive geographic coverage with the largest pipeline of development capacity, totaling over 8GW in seven states. It is jointly headquartered in Boston, Massachusetts and Providence, Rhode Island and employs over 75 people.

About Eversource
Eversource (NYSE: ES) transmits and delivers electricity and natural gas and supplies water to approximately 4 million customers in Connecticut, Massachusetts and New Hampshire. Recognized as the top U.S. utility for its energy efficiency programs by the sustainability advocacy organization Ceres, Eversource harnesses the commitment of about 8,000 employees across three states to build a single, united company around the mission of safely delivering reliable energy and water with superior customer service. For more information, please visit our website (http://www.eversource.com) and follow us on Twitter (@EversourceCorp) and Facebook (facebook.com/EversourceEnergy). For more information on our water services, visit www.aquarionwater.com.